“No-one else will ever know the strength of my love for you.

After all, you are on the only one who knows what the beat of my heart sounds like from the inside”-Unknown

Until you have a child of your own, the true meaning of selflessness isn’t fully understood. The decision to become a mother, whether that be biologically or through some other means, is not one to be taken lightly. Furthermore, when it is taken it is under the acknowledgement that your heart will forever be free to wander around outside of your body, independent of your control.

Being responsible for the creation of another person is an absolutely huge one, but one that is undertaken every single second and minute of the day, with joy, excitement and hope. The idea of motherhood seems to change as our social constructions change at any given point in history. However, the one thing that seems to always remain the same is that undeniable bond between mother and child: a willingness to give part of your life and all of your love to someone else without expecting anything back in return.

In today’s society, the role of the mother has evolved even further, as women everywhere struggle to maintain a sense of self alongside the arduous task of raising, shaping, feeding and clothing another human being; all without the help of a manual or step-by-step guide! At times this juggling game can seem an impossible feat but some way or another, all of those balls do manage to stay up in the air (even if they are dropped for a wee second or two!) You can never doubt your love for the little one, but what remains uncertain is if we will all naturally love being a Mum? I’m sure a lot of women would agree that this can change from day to day as you see-saw between the exhilarating pride of watching them achieve and the hair-pulling frustration of tolerating sulky stares and tantrum-filled whines.

We realise that being a mum can be tough, but what keeps that love flowing and that patience topped up to the max? Below we found 5 things that children have said that captures the very essence of why you hear every mother say, “It’s hard yes, but I wouldn’t change any of it for the world!”

The power of motherhood is compelling and awe-inspiring, as it is the asking of one person to give themselves up to physical and mental change for that of another. More importantly, it is from that love, nurturing, guidance and exploration of life that creates future generations of mothers. And so the chain will continue, long into the distant future and further into the hearts of mankind. So when we stop to celebrate this day of Mothers, let us take a moment to think about the unbelievable gift that has been given to us, quite unassumingly, by that person you call ‘Mum’.

Here at BHT we want to help all mothers and expectant mothers to celebrate in March and what better way to do that than by surprising them with a gift voucher with one or more of the following treatments:

We just want to say ‘well done’ to all you mothers out there – you’re always doing a better job than you think! 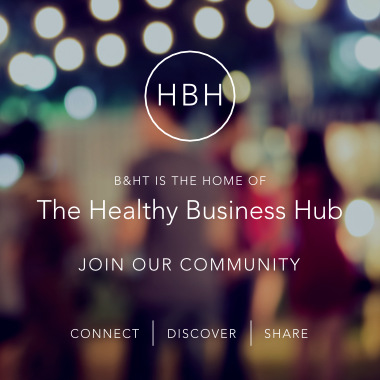